Three is a hugely significant number for me this year. It will be three years since I was married.  My immediate little family became three (plus dog). It is also three years since I lost someone very very dear to me. Three. A difficult and odd number. I’m not into odd numbers, unless it’s part of a design or styling situation, then.. three; basically rules.

So the AK post for the start of 2014, is not going to drone on about New Year’s resolutions or new beginnings of not drinking or eating chocolate. Both of which I have failed upon already.. thrice.

I’m going to celebrate three and all glorious triptychs in design, life and style – and give three the attention I’ve been failing to, for many years.

The Bronte sisters… Charlotte, Emily (who I was named after) and Ann. A wonderful trio without whom Wuthering Heights and Jane Eyre would not exist. May their stories be read for many many years. The Conran family… Terence, Jasper and Sebastian .. No need for any further explanation.. but for me, Terence is a true winner. Fashion still baffles me. And Terence Conran’s use of space is immaculate in my eyes. Massive Attack…  Daddy G, Robert  (3D) Del Naja, and guest vocalist.. always three.. and seriously; the best. The Police; No words suffice.  The Three Stooges, Moe, Larry and Curly, the original slapsticks.

The STR Crew... (Three words… three letters, many members). All legends in the making.

My best friends.. you know who you are, you three.

And finally, these three boys… bonded like no others. 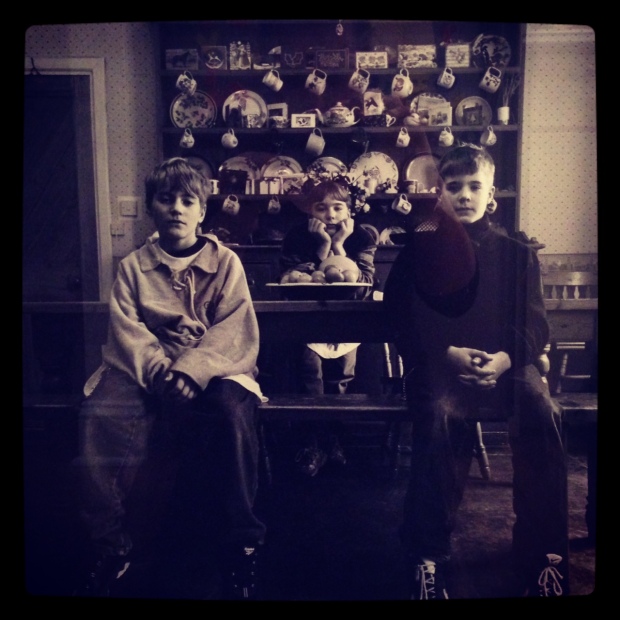 Thanks three… I’ve made my peace.